The Benefits of Artificial Turf in Communities and Urban Areas

This would be a simile example of Artificial Turf in Homeowners' Communities. Throughout London, there are many synthetic turf pitches that provide durable surface conditions through several years of use for sports games.

These offer conditions with qualities that meet all minimum and simple maintenance requirements.

The synthetic turf when used in urban areasprovides a cost-effective means of making multiple sports and leisure activities.
Sports such as football, rugby and hockey bring social benefits to urban communities.
This case study highlights the social, community and economic benefits of synthetic turf. 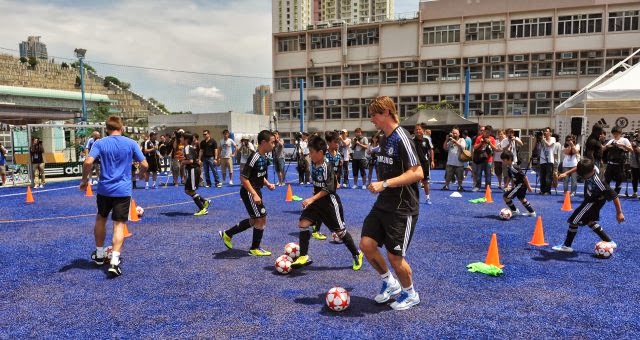 Sport can be seen as an excellent driver of life skills.

This social element of leisure and recreation brings communities together.
Sports and activity clubs are a means of developing a strong collective identity, including within communities.

When sport is used as an engine of play and educational activity, it can unlock barriers of degradation such as class distinction, ethnicity and or technical ability.

However, access to dedicated sports facilities may be at risk of being limited and the possibility to support community development is reduced.

Due to urbanisation policies, access to green spaces decreases as one moves to urban areas.

Meanwhile, economic pressures influence local management expenditure with the view of investment in local sports infrastructure as an area that is often sacrificed.
Recent years have seen the development of community trusts and foundations set up by local authorities and professional sports clubs.
These foundations and trusts are empowered to facilitate community development, social inclusion and the promotion of healthy living and well-being through sport.
The artificial turf is an important factor in making many sports more accessible to all.

Sport for All and Social Benefits.

While it is true that sport is relatively elitist or exclusive at the professional level, given the nature of the individual and competitive approach, it is nevertheless an excellent means of fostering teamwork.
This medium offers the opportunity to develop social skills in a community setting.

Chelsea FC is one of many Premier League clubs that have established foundations.

(Chelsea FC Foundation) that deliver community-focused projects through a series of mechanisms that rely on the use of synthetic turf pitches.
With the current economic recession, living standards in the UK have become increasingly difficult with rising unemployment, reduced welfare benefits and rising commodity costs, resulting in difficult times for many families.

For the younger generation, the challenges of social mobility and social integration are difficult.

With some parts of urban areas depressed, communities are showing signs of social unrest, as seen during the August 2011 riots in London.
There is a great need, now more than ever, for young people to be provided with opportunities to further develop their sense of community responsibility and individual and social group skills.

With sports participation as a means of communicating powerful messages...

The Chelsea FC Foundation carries out educational projects that articulate with contemporary political initiatives such as the fight against crime.
In addition to the social benefits mentioned above, the Chelsea FC Foundation also aims to improve the participation levels of groups that are relatively under-represented in sport.
With their own infrastructure of synthetic turf facilities across London, they are looking to increase the number of women members.
They have also promoted the active participation of people with disabilities in sport within the communities.
This is in line with the United Nations Educational, Scientific and Cultural Organisation (UNESCO).
Sport is being promoted as a universally inclusive activity with special emphasis on the participation of women and persons with disabilities.
With particular reference to people with disabilities, synthetic turf is a functional tool to facilitate participation in many team sports.
Disability sports work to remove physical and mental barriers to participation.
They can also be a tool for delivering identity development, creating a collective norm that rejects stereotypes.

Following the award of the London Olympics in 2012, London has been actively seeking to play a proactive role in increasing civility and goodwill.
The broad appeal of sport change and its popularity has become an excellent medium for delivering training, teamwork and collective being.
These things are at the heart of many communities and they just need to be enhanced.
Using the synthetic turf facilities in London, the Chelsea FC Foundation works in partnership with Kickz, the Premier League's volunteer-led working group.
Kickz works to tackle community issues through the power of sport, thereby helping community development and contributing to crime reduction.
Since its creation, the Kickz association has found more than 1900 participants who will continue to support projects as volunteers.

At the local level, behavioural, criminal and anti-social offences have been reduced by up to 50%.

There are a number of reasons why these projects are helping to reduce crime:
This can be partly attributed to the availability of synthetic turf facilities used in central London projects.

As mentioned above, one inhibitor of active sport in London is the lack of sports facilities with synthetic turf free or low-cost.
There are few areas available to members of communities in Inner London.

Synthetic sports fields can be multifunctional surfaces, reducing the need for large areas of space to cater for multiple audiences.

Not only in London, but across Europe, synthetic turf should provide urban communities with the opportunity to play on a surface that possesses characteristics as real as those of natural grass.
This is demonstrated by research from various sporting bodies that indicate a difference in the minimum game.

This is mainly due to the fact that there is no requirement to mow a synthetic turf installation.
In summary, the use of synthetic sports fields within an urban community offers multiple benefits.
It allows sports collectives to be linked to community projects, such as the Chelsea FC Foundation and Kickz.
This enables them to achieve their objectives and improve the levels of participation of women, ethnic minorities and people with disabilities in sporting activities.
It also allows you to attract a captive audience to whom you can send specific campaign messages, such as the fight against racism and crime.

Teamwork is a source of encouragement for social achievement and positive community outcomes.
Artificial Grass for Homeowners' Communities could also allow the opportunity to offer communities a sports facility that is both cost-effective and multifunctional. Source: ESTO
5/5 (1 Review)
Share 0 FacebookTwitterPinterestLinkedinTumblrRedditStumbleuponWhatsappEmail
previous article

Artificial turf as a solution for unsustainable golf courses

Installation of artificial grass on concrete.

The different types of fibres for synthetic turf 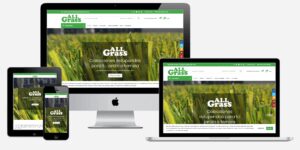 This Blog provides documentary support for the products and services we offer both on our corporate website and in our online shop. We share technical information, news, recommendations, tips and advice related to the construction, equipment, conditioning and decoration of outdoor spaces in homes, businesses and urban planning.

My passion for gardening may seem selfish to some, or simply an act of resignation to the overwhelming problems that beset the world. It is neither. I have discovered that every garden is exactly what Voltaire proposed in Candide: a microcosm of a just and beautiful society. " Andrew Weil

Blog about gardening and exterior decoration
Content on the construction, conditioning and decoration of gardens and terraces.
2019 - All rights reserved. Designed and developed by ALLGrass Solutions

We use cookies on our website to give you the most relevant experience by remembering your preferences and repeat visits. By clicking ?Accept?, you consent to the use of ALL the cookies. However you may visit Cookie Settings to provide a controlled consent.
Configurar CookieACEPTARACEPTAR TODAS
Configurar Cookies

This website uses cookies to improve your experience while you navigate through the website. Out of these cookies, the cookies that are categorized as necessary are stored on your browser as they are essential for the working of basic functionalities of the website. We also use third-party cookies that help us analyze and understand how you use this website. These cookies will be stored in your browser only with your consent. You also have the option to opt-out of these cookies. But opting out of some of these cookies may have an effect on your browsing experience.
Necessary
Necessary cookies are absolutely essential for the website to function properly. These cookies ensure basic functionalities and security features of the website, anonymously.
Functional
Functional cookies help to perform certain functionalities like sharing the content of the website on social media platforms, collect feedbacks, and other third-party features.
Performance
Performance cookies are used to understand and analyze the key performance indexes of the website which helps in delivering a better user experience for the visitors.
Analytical
Analytical cookies are used to understand how visitors interact with the website. These cookies help provide information on metrics the number of visitors, bounce rate, traffic source, etc.
Marketing
Advertisement cookies are used to provide visitors with relevant ads and marketing campaigns. These cookies track visitors across websites and collect information to provide customized ads.
Other
Other uncategorized cookies are those that are being analyzed and have not been classified into a category as yet.